Mary Finds 2 Angels in the Empty Tomb & Then Talks to Jesus, but First Mistakes Him for a Gardener
But Mary stood without at the sepulchre weeping: and as she wept, she stooped down, and looked into the sepuchre, And seeth two angels in white sitting, the one at the head, and the other at the feet, where the body of Jesus had lain. And they say unto her, Woman, why weepest thou? She saith unto them, Because they have taken away my Lord, and I know not where they have laid Him. And when she had thus said, she turned herself back, and saw Jesus standing, and knew not that it was Jesus. Jesus saith unto her Woman, why weepest thou? She, supposing Him to be the gardener, saith unto Him, Sir, if Thou have borne Him hence, tell me where thou hast laid Him, and I will take Him away. Jesus saith unto her, Mary. She turned herself, and saith unto Him, Rabboni; which is to say, Master. Jesus saith unto her, Touch me not; for I am not yet ascended to My Father: but go to My brethren, and say unto them, I ascend unto My Father, and your Father; and to My God, and your God. John 20:10-17

Mary Tells the Apostles Jesus is Arisen, but They Don't Believe Until Jesus Is There With Them
Mary Magdalene came and told the disciples that she had seen the Lord, and that He had spoken these things unto her. Then the same day at evening, being the first day of the week, when the doors were shut where the disciples were assembled for fear of the Jews, came Jesus and stood in the midst, and saith unto them, Peace be unto you. And when He has said, He shewed unto them His hands and His side. Then were the disciples glad, when they saw the Lord. Then said Jesus to them again, Peace be unto you: as My Father hath sent Me, even so send I you. And when He had said this, He breathed on them, and saith unto them, Receive ye the Holy Ghost: Whose soever sins ye remit, they are remitteed unto them; and whose soever sins ye retain, they are retained. John 20:18-23

Jesus Allowed Thomas Who Doubted to Touch the Nail Holes in Jesus' hand & Reach in Jesus' Side so that He May Believe, But Also As Proof to All of Us Who Might Doubt
But Thomas, one of the twelve, called Didymus, was not with them when Jesus came. The other disciples therefore said unto him, We have seen the Lord. But he said unto them, Except I shall see in His hands the print of the nails, and put my finger into the print of the nails, and thrust my hand into his side, i will not believe. And after eight days again His disciples were within, and Thomas with them: then came Jesus, the doors being shut, and stood in the midst, and said, Peace be unto you. Then saith He to Thomas, Reach hither thy finger, and behold My hands; and reach hither thy hand, and thrust it into My side: and be not faithless, but believing. And Thomas answered and said unto Him, My Lord and My God. Jesus saith unto him, Thomas, because thou hast seen Me, thou hast believed: blessed are they that have not seen, and yet have believed. And many other signs truly did Jesus in the presence of  His disciples, which are not written in this book: But these are written that ye might believe that Jesus is the Christ, the Son of God; and that believing ye might have life through His name.  John 20:24-31

Jesus Prepares Breakfast for the Disciples at the Sea of Tiberias & a Miracle of Allowing Them to Catch 153 Great Fishes When They Hadn't Been Able to Catch Any
After these things Jesus shewed Himself again to the disciples at the sea of Tiberias; and on this wise shewed He himself. There were together Simon Peter, and Thomas called Didymus, and Nathanael of Cana in Galilee, and the sons of Zebedee, and two other of His disciples. Simon Peter saith unto them, I go a fishing. They say unto him, We also go with thee. They went forth, and entered into a ship immediately; and that night they caught nothing. But when the morning was now come, Jesus stood on the shore: but the disciples knew not that it was Jesus. Then Jesus saith unto them, Children, have ye any meat? They answered Him, No. And He said unto them, Cast the net on the right side of the ship, and ye shall fin. They cast therefore, and now they were not able to draw it for the multitude of fishes. Therefore that disciple whom Jesus loved saith unto Peter, It is the Lord. Now when Simon Peter heard that it was the Lord, he girt his fisher's coat unto him, (for he was naked,) and dd cast himself into the sea. And the other disciples came in a little ship; (for they were not far from land, but as it were two hundred cubits,) dragging the net with fishes. As soon then as they were come to land, they saw a fire of coals there, and fish laid thereon, and bread. Jesus saith unto them, Bring of the fish which ye have now caught. Simon Peter went up, and drew the net to land full of great fishes, and hundred and fifty and three: and for all there were so many, yet was not the net broken. Jesus saith unto them, Come and dine. And none of the disciples durst ask Him, Who art Thou? knowing that it was the Lord. Jesus then cometh, and taketh bread, and giveth them, and fish likewise. This is now the third time that Jesus shewed Himself to His disciples, after that He was risen from the dead.  John 21:1-14

John Witnessed Seeing Jesus Many Times After He Arose from the Dead and Says His Testimony IS TRUE
This is the disciple which testifieth of these things, and wrote these things: and we know that his testimony is true. And there are also many other things which Jesus did, the which, if they should be written every one, I suppose that even the world itself could not contain the books that should be written. John 21:24-25

The Apostles Witnessed Jesus After He Arose from the Dead, and Other Miracles
How shall we escape, if we neglect so great salvation; which at the first began to be spoken by the Lord, and was confirmed unto us by them that heard Him: God also bearing them witness, both with signs and wonders, and with divers miracles, and gifts of the Holy Ghost, according to His own will? Hebrews 2:3-4

Note: According to Apologetics Press

Similarly, Jesus met with His disciples both in Jerusalem and in Galilee, but at different times. On the day of His resurrection, He met with all of the apostles (except Thomas) in Jerusalem just as both Luke and John recorded (Luke 24:33-43; John 20:19-25). Since Jesus was on the Earth for only forty days following His resurrection (cf. Acts 1:3), sometime between this meeting with His apostles in Jerusalem and His ascension more than five weeks later, Jesus met with seven of His disciples at the Sea of Tiberias in Galilee (John 21:1-14), and later with all eleven of the apostles on a mountain in Galilee that Jesus earlier had appointed for them (Matthew 28:16). Sometime following these meetings in Galilee, Jesus and His disciples traveled back to Judea, where He ascended into heaven from the Mount of Olives near Bethany (Luke 24:50-53; Acts 1:9-12).
None of the accounts of Jesus’ post-resurrection appearances contradicts another. Rather, each writer supplemented what a different writer left out. Jesus may have appeared to the disciples a number of times during the forty days on Earth after His resurrection (cf. 1 Corinthians 15:1-7), while the New Testament writers mentioned only the more prominent instances in order to substantiate the fact of His resurrection. 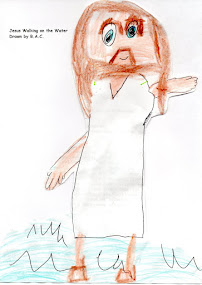 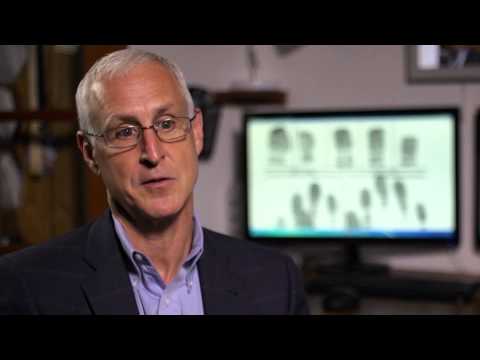